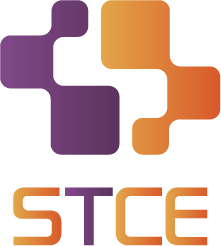 Zhengqing Chen, Engineering mechanics expert. He received bachelor's and master's degrees from the Department of mechanics of Hunan University in 1981 and 1984. He graduated from the Department of mechanics of Xi'an Jiaotong University in 1987 and received a doctorate in solid mechanics. He studied in Britain and the United States for two years. He is now a professor of Civil Engineering College of Hunan University and director of wind engineering research center of Hunan University; He is also a member of the advisory expert group of "manufacturing and engineering field" of the national 973 Plan and a counselor of Hunan Provincial People's government. He once served as the dean of the school of civil engineering and architecture of Central South University (formerly Changsha Railway College) and a member of the Standing Committee of Hunan Provincial People's Congress.

Professor Xiuli Du is currently the vice president of Beijing University of Technology, doctoral supervisor and leader of civil engineering discipline. He has successively won honorary titles of National Natural Science Foundation of China Innovation Research Group, National Science Fund for Distinguished Young Scholars, Beijing Strategic Scientist, Beijing Scholar and National Excellent Scientific and Technological Worker. He graduated from the Institute of Engineering Mechanics of China Seismological Bureau with a doctor's degree in 1990. He was promoted to professor level senior engineer in 1996 and transferred to Beijing University of Technology as a teacher in 2001. For a long time, Professor Du has been engaged in teaching and scientific research in the front line, has been committed to engineering seismic research and engineering practice, and has made significant contributions in the field of structure foundation surrounding soil coupling seismic resistance. In 2021, he was elected as an academician of the CAE Member.

Prof. Du has successively presided over and completed five national level major projects, including major integration and innovation groups of major research programs of the National Natural Science Foundation of China, Ministry of Science and Technology 973 and science and technology support, and nearly 100 other projects. He won 5 second prizes of the National Science and Technology Progress Award (2 of which ranked first and 3 of which ranked third), and 4 first prizes of provincial and ministerial science and technology progress awards (2 of which ranked first). In addition, he has published more than 200 papers in high-quality journals at home and abroad as the first or corresponding author, and published 6 Chinese and English monographs. He was granted 21 invention patents as the first inventor (including 4 foreign patents). He participated in the compilation of 5 national or industrial codes/standards. Among the students he has trained, two have won the support of the National Science Fund for Distinguished Young Scholars, and one has won the National Excellent Doctoral Thesis.